There are no pathognomonic features of neoplasia, but a careful history may identify a gradually enlarging lid lesion, crusting, bleeding, irritation, red eye, and epiphora due to mechanical ectropion, corneal irritation, or involvement of the lacrimal drainage system. A biopsy is indicated to exclude malignancy.

■  Actinic keratosis: 20% of cases may progress to squamous cell carcinoma. Lesions may be widespread and a dermatology opinion may be required. Treat by excision or cryotherapy.

■ Bowen’s disease (intraepithelial neoplasia): cellular atypia is present at the level of the basement membrane, but no deeper. Progresses to squamous cell carcinoma in 2–3% of
cases; most advocate complete excision unless there is limited tissue, such as around the canaliculi. Such cases are managed by debulking and cryotherapy, with full excision
in cases of malignant transformation.

■ Lentigo maligna: slowly spreading macular lesion, with irregular border. Become infiltrative in 33% of cases. Complete excision is preferable, but where this is impractical,
the area needs to be monitored closely, with excisional biopsy, performed on any enlarging or suspicious areas 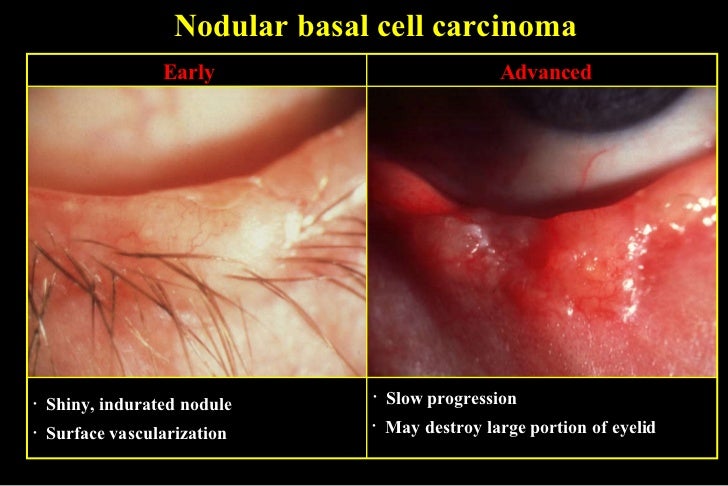 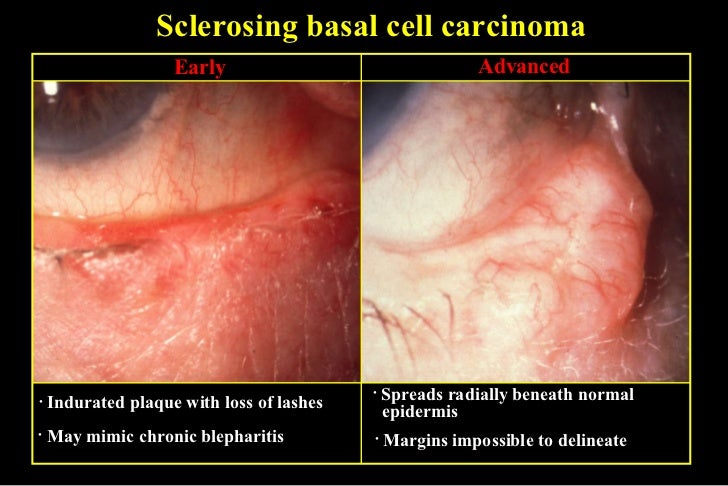 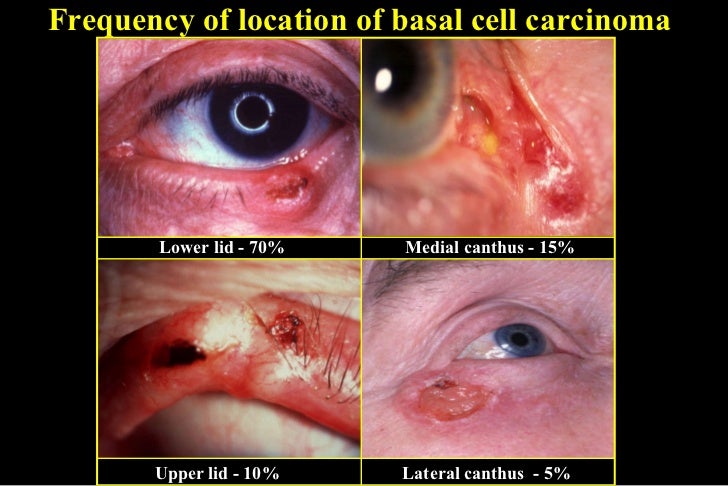 Complete excision with minimal sacrifice of healthy tissue is achieved by Mohs’ micrographic surgery, where available. Margin control may also be achieved with frozen section or fast paraffin. Close communication with the histologist is essential. Reconstruction may entail direct closure for small margin tumours, local sliding myocutaneous flaps, and/or full thickness skin grafting for anterior lamella defects. Posterior lamella defects may be reconstructed with local conjunctival advancement, free tarsoconjunctival graft from the upper lid, hard palate graft, and nasal mucosal or labial mucosal grafts. Very small eyelid lesions, and those in elderly, frail patients, may be managed with cryotherapy. Local radiotherapy is not useful; subsequent lesion recurrence may be as high as 20% and may be difficult to control. Chemotherapy plays no role. Distant metastases are exceptionally rare.