Quick tips on the eyelid position

Blood supply of the eyelid 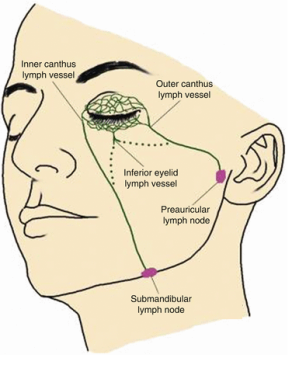 innervation of the eyelid 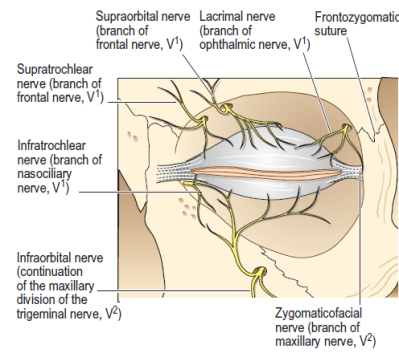 muscles of the eyelid

Sit directly opposite the patient. Ocular and eyelid observations must be recorded with each eye fixating in turn, or false measurement will be obtained. Note any facial asymmetry and record the following:

MRD gives more information than palpebral aperture (PA), the vertical distance between the upper and lower eyelid margins.
For example, a patient with unilateral ctropion and ptosis may have a similar PA to the normal side.
Levator function (LF) Typically 15–20 mm in the adult.
Block compensatory frontalis activity when measuring LF. Hold
a ruler vertically before the eye, between thumb and first finger. The second and third fingers rest firmly on the brow to overcome frontalis activity.